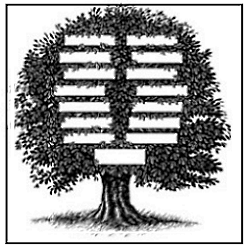 Has your family been resident in either of our villages for a long time?

Would you like to post you family history here?  Please tell us about your relatives so that we can retain them the memories of the children who live here now and in the future.

It doesn't matter if they were rich, poor, noble or common but we do want them to have lived in Barnburgh or Harlington for more than 40yrs so that their history continues with this site.

Don't worry about presentation,  just write your memories down and send them to me I'll type them up for the site.  If you have any photographs that can be used all the better.  It doesn't matter if you haven't got digital copies  Just let me  know and I can scan them and return them to you unharmed.

John Sargison Memories...  Click here for sound recording... Please be patient.  depending on your internet it may take a few moments to load

Barnburgh and Harlington have changed a lot over the years, since I was a little girl.  I was born on Melton Hill and went to old Barnburgh school.  The school was knocked down and the village hall is there now.  The old school had 3 classrooms, one for the infants and the other was divided into 2 rooms by a partition for the middle age children.

The Church Hall was used as was used as a 4th classroom for the older children.  The old school had two entrances and two yards.  The front entrance and the small yard was at the top of Church Lane.

At the bottom of the yard was the chemical toilets.  The children had to go out of the classroom and down the yard in all weathers to use them. Also in this small yard was the coke stack for the boilers.

The other entrance was on Chapel Hill ( Barnburgh Lane). This side of the school had the big yard for the older children to play, also for the children from the 4th classroom, at the Church Hall,

The 4th classroom was used as the dinner hall and all the children that stopped for dinners had to go over there.  Went we went to the old school we had a spoonful of cod liver oil and a spoonful of orange juice also a bottle of milk and in the winter the ice used to come out of the top of the milk.

When you were old enough you went to the Church Hall for a lesson.  You did gardening as well, the school garden was where the doctors surgery is now.  The School playing fields were on Dickey's Farm.

Next to the Coach and Horses pub was the Memorial Hall it was built during the war. we had dances there.

Barnburgh Chapel was opposite the school on Chapel Hill (Barnburgh Lane).

The old Barnburgh Post Office was a room in the top cottage just below the Coach and Horses pub it was Mrs Bullocks Cottage at that time.

On Sunday afternoons in the summer everyone from Barnburgh Harlington and Melton Hill went down to the river and had a great time, picnics, swimming ball games... you name it we did It!

Dovecote Farm where Creasers built his cottage was farmed by Richardsons

The first Joseph Lockwood arrived from Bolton on Dearne around 1800. When he died in 1806 his son Joseph took over until his death in 1863. His son Joseph, my great great grandfather, (d 1898) then took over.

Joseph's granddaughter Maggie Lockwood lived at Mill Farm until her death in 1961. Her sister Emmeline told me it dated from Q Elizabeth 1st but it was sold on her sister's death to a builder who demolished it. Their sister, Chrystabel Marie Lockwood (died 1941) is commemorated by a stained glass window in St Peter's Church Barnburgh

Born in 1926, the son of a miner, Dennis he has lived in several locations around the village.

He said the first place he lived was in a house on Melton Hill which is now Melton Hill Lane, and then in one of the Ludwell cottages at the Ludwell Hill/Marr Lane corner.

He said: "These were for the 'hossman' and the cow-keeper at Barnburgh Grange. My elder brother was the 'hossman'.

"Barnburgh Grange was situated near Melton Hill Lane and in my day it was a busy farm. As kids we used to open the gate for the farmer at the Grange, and he used to throw us a few coppers.

"The Grange itself had many rooms, and there was a dungeon attached, with a large iron ring in a stone wall. Allegedly, there was a underground tunnel from there to Conisbrough Castle, but nothing was ever discovered. Nearby was a derelict water mill and we used to play there. After a short period in Mexborough, we moved to Howgate Lane, Barnburgh."

Dennis attended Barnburgh school where Arthur Croft was the headmaster. There were three other teachers, Miss Stables, Miss Smith and Miss Ibbotson.

Said Dennis: "Arthur Croft was a really good teacher. He taught you how to make a fire, and at one time that was important.

"Miss Stables was an old battle-axe. If you misbehaved, she rapped your head with the edge of the ruler. I liked it though at Barnburgh school. We learned about the local 'Cat and Man legend'. At one point, you believed it, then you began to think it was a bit far-fetched.

"There used to be an annual sports day held in the village. All the prizes were really good, and were displayed in Swift's shop windows. This meant you could see what you were going to get if you won a race. They were invariably useful and not rubbish prizes. To buy them must have been a village effort, as the school would not have been able to afford them."

At 10, Dennis won a scholarship to attend Mexborough Grammar School. His name was put into an honours book which headmaster Croft proudly displayed in a glass case.

But, Dennis explains that his glory was short-lived:

He said: "Me and two others in my class were there with the aid of scholarships, whereas most of the other kids' parents were paying for them. My parents could not even afford to kit me out properly. I didn't have a proper blazer and the cap was handed down from my brother, who'd attended the school before me. I left when I was 15 and got a job at Barnburgh pit."

At this period, there were about six farms in and around Barnburgh, which housed miners, agricultural workers and their families.

Barnburgh Hall was occupied by a Mr Hodges, a director of the Denaby and Cadeby Colliery Co. Barnburgh Colliery was owned by the Manvers Main Collieries, Ltd. The latter also owned land and farms in the village.

Said Dennis: "Bolton-on-Dearne largely housed Barnburgh miners, and a number were bussed to the colliery from there, and also from Mexborough and Goldthorpe. On starting at the colliery, I went with others to an underground training school at Manvers where we were taught the basics of mining."

There were pit-head baths at Barnburgh and to use them, men paid a shilling (5p) a week and boys sixpence (2½p).

During the Second World War, Barnburgh miners worked six days a week, and if they were absent for more than two days in a month without a doctor's certificate, men were fined £10 and boys £5.

They also had to undertake duties in the home guard, fire service or ARP. According to Dennis, nobody in the home guard, except the captains took their tasks seriously. On 24 April 1942, whilst Dennis was resting at home, he felt the house tremble. When he went outside he saw black smoke rising from the pit.

Dennis revealed: "A shock bump and related earth tremor caused the floor to meet the roof 800 yards below ground in the Park Gate coal seam and seal in 18 miners. Four of them were killed. A lot of men who weren't even miners turned up to help, and many were turned away. Those who were in the rescue party were heroes because they worked in a hell hole to get the men out.'

Dennis told me of several customs which he thought were unique to
Barnburgh:

He said: "Plough Monday occurred on January 6, and was a money making effort for the older kids. They used to borrow a farmer's plough, put ropes on it, drag it round the village, knock on doors and ask for money. If someone didn't contribute, it was traditional for the lads to shout "hunger, hunger" and pull the plough across their garden or land. Once, those at Barnburgh Hall refused and the plough was pulled through a piece of ground with bulbs in it. However, the Hall gardener was following closely behind and quickly replanted them.

"Another tradition was the 'Derby Tup', which was another money-making event, taking place at Christmas. There were usually four people involved. One lad had a white sheet round him and held a broom handle with a carved ram's or tup's head on it. Another wore a butcher's apron. They all sang this song with many verses about the tup going to Derbyshire. The tup's head belonged to a Mrs Wray, but what it had to do with her, Derbyshire, Barnburgh or even Christmas, was beyond me."

About the demolition of Barnburgh Hall in the late 1960s, Dennis said: "Well, it seems dreadful today that such a thing was done, yet nobody said much at the time, they knew their place and kept quiet."

There's 'nowt' more important than local folk.. Please tell us about your family connection to Barnburgh and Harlington.  Tell us here or paste to our facebook here.