History of Barnburgh and Harlington

The pit was situated on the outskirts of the village  The sinking of the colliery was commenced in 1911 by the Manvers Main Colliery Company of Wath-upon-Dearne.

The shafts were sunk between 1912 and 1915 to the Thorncliffe seam, other seams worked were the Newhill, Barnsley, Swallow Wood , the Parkgate seam and the Melton Field seam

The colliery was adjacent to the Dearne Valley Railway to which it was connected but in 1924 a private line was constructed between Barnburgh and the Manvers complex.

In 1947 Barnburgh was, as with other mines, nationalized, becoming part of the National Coal Board.

On 26 June 1957 an explosion at the colliery caused the death of 6 underground workers. The explosion was caused by firedamp ignited by a 'flash' from a damaged cable. read official report

The colliery was closed in 1989 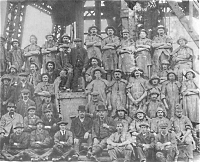 These chaps were clearly the managers! 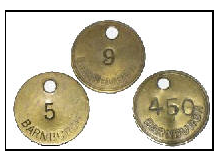 A round pit check from Barnburgh colliery. Miners usually had two checks with the same number on. One, frequently made of aluminium, would be left with the banksman so that he knew how many men were underground and who they were. The second check which was usually made from brass would be kept by the miner and taken underground. When the miner came out of the mine after his shift he would give the brass check to the banksman who would match it back up with the aluminium check. Both checks would be returned to the lamp room ready for collection the next day 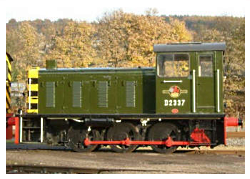 Do you remember 'Dorothy' the engine that ran at the pit?

Why was it called  Dorothy?  Did you ever ride on it?  Tell us you memories or share your photos of the trains

A mention in 'Industrial Railways of Manvers Main and Barnburgh Main' by A J Booth, published in 1996 by the Industrial Railway Society. Reference on page 47 complete with photograph of D2337 in shed at Manvers Main. ''D2337 was one of four ex BR shunters which arrived at the colliery in 1969. Photo dates to 17th Sept 1986, when named Dorothy after the wife of Fred Logan, Manvers foreman loco fitter. D2337 moved to the South Yorkshire Railway Preservation Society, Meadowhall, Sheffield in 1988'.  Meadowhall site closed and most of loco stock was transferred to Barrow Hill, near Chesterfield, quite a few years ago.

On further investigation 'Dorothy' now resides as D2337 at the Peak Rail Centre, a preserved line which runs from Matlock to Rowsley. This is part of the old London St Pancras to Manchester central line which was closed in 1968.

The miners' strike of 1984-1985 was one of the most bitter industrial disputes Britain has ever seen. The year-long strike involved hardship and violence as pit communities from  fought to retain their local collieries - for many the only source of employment. The catalyst for the strike was the announcement by the National Coal Board on 6th March 1984 that it intended to cut national capacity by 4 million tonnes and close 20 pits with the loss of 20,000 jobs

In line with the  tradition of union solidarity Barnburgh miners walked out.

Were you one of those Barnburgh miners?  Do you have any stories that you would like to pass on to our community. Why not tell us here? 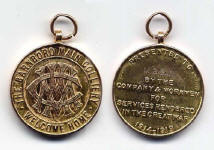 These medals were presented to miners who had fought in the Great War. Do you know if a member of your family had one? Tell us the story

This photo  is from the book titled 'The Day The Earth Trembled' an account of the Barnburgh Pit Disaster.  They were sent on behalf of the children  of William Ganley, {pictured} He was part of the Team that was involved  in the rescue in 1942 at Barnburgh Pit.  One of his daughters  still lives in Harlington.